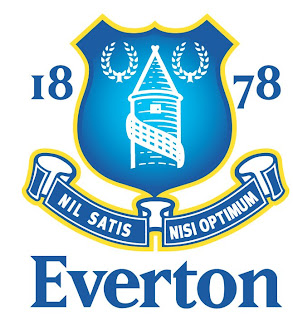 Just as Arsenal are hitting top gear, Everton have come to a dead stop. They ended their 9-game unbeaten run in all competitions in the worst possible fashion, being comprehensively spanked by deadly rivals Liverpool before scraping a draw in their FA Cup quarter-final tie with Sunderland.

Arsenal can only hope that the performance they turn out is more in line with their most recent displays.

The fixture earlier in the season was memorable for a few reasons:

It was Arsenal’s 125th anniversary celebration game and was preceded by the unveiling of statues of club legends, as well as being won by a very special goal from Robin Van Persie, who received a round of applause from Thierry Henry, statueified himself that day.

Everton did well to keep Arsenal at bay for long periods, however, and looked dangerous on the break. Everton’s stubborn refusal to allow Arsenal to win on their anniversary showed they are no pushovers.

Everton have not beaten Arsenal for five years, when a last minute Andy Johnson goal gave them a 1-0 victory at Goodison. In 2009 Arsenal thrashed Everton 6-1 to go top on the opening day of the season.

Everton will be without Jack Rodwell, Darren Gibson and Seamus Coleman, all injured, though dangerous prodigal son Steven Pienaar is available after being cup-tied against Sunderland.

Arsenal can welcome back Andre Santos at left-back, though he will do well to displace Kieran Gibbs, who has been in excellent form of late. Aaron Ramsey may start after impressing as a substitute against Newcastle.

Mikel Arteta will get a mixed reception as he returns to the club he was an essential part of for five years for the first time since his deadline-day transfer to the Gunners. Perhaps he can silence any abuse with a performance.

Everton have conceded just one goal in their last four home matches and have won their last three, while Arsenal are on a five-match winning streak, trailing in four of them to set a new Premier League comeback record.

Everton will be looking to stop the rot ahead of their FA Cup replay with Sunderland, though the idea of all-but condemning Liverpool to a third-successive season without Champions League football may appeal to them. Arsenal simply need to carry on their momentum.

Arsenal have their first-choice back five of Gibbs, Vermaelen, Koscielny, Sagna and Szczesny together, and are unbeaten with that line up. They have only conceded four goals when together and will be looking not to increase that total. Everton have Royston Drenthe on loan, and his European quality has helped Everton into a comfortable mid-table position. Nicika Jeclavic is starting to get used to the Premier League and could pose a danger after his winner against Spurs two weeks ago. But of course Arsenal’s main man is Robin Van Persie, as well as Theo Walcott, who assisted on both of Arsenal’s goals against Newcastle last Monday.  If Everton cannot deal with them they will have some serious issues. Tomas Rosicky  is also in great form and could pose a threat down the middle if Walcott’s threat on the wing is neutralised.