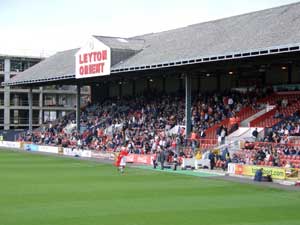 Following Arsenal’s midweek high that was the victory against Barcelona, the Gunners will be facing a whole different kettle of fish as they travel to Brisbane road this Sunday. We’ve seen how lower league opposition can give Arsenal a test in earlier fixtures such as Leeds and Huddersfield and playing on a surface such as the Emirates in comparison to Brisbane road could see Wenger blaming a ‘tough pitch’ for a what should be a typical and challenging FA cup tie.

Leyton Orient are currently on an 11 match unbeaten run which could see them playing with confidence in a tie in which they’ve got nothing to lose and everything to play for. Arsenal have been in great form of their own as they demonstrated against what is arguably Europe’s best team but it is likely that Wenger will rotate his squad and bring in some fresh faces as they are the only team in England to still be fighting on all 4 fronts. Arsenal have a 100% record against Leyton Orient in the FA Cup and we’d have to look all the way back to 1915 to find a win from the O’s against Arsenal in what was the second tier of English football.

Djourou has recovered from a back injury and is back in contention for this game whilst Theo Walcott has also overcome a minor hamstring problem. Sagna is back after serving his suspension whilst Diaby is still suspended for his reaction against a challenge from Barton during the Newcastle game. Wenger, however, admitted that he would’ve have been ready to play anyway even if he was available.

As usual Arsene is likely to field a 4-3-3 formation but will perhaps bring in the likes of Chamakh, who didn’t feature against Barcelona, for added physical presence. Wilshere is likely to be rested after putting in a shift mid-week, with Denilson coming in to help Arsenal keep possession and dominate the game. Arsenal will have to adjust swiftly because this tie will be a world apart from the free-flowing football that was on display in the Champions League.

Chamakh and Bendtner will be key players for the Gunners offering a physical presence upfront and with the form of van Persie making him one of the first names on the team sheet, they will both want to prove themselves as the no. 1 replacement should he get injured or need to be rested.

Kevin Friend who has refereed 13 top-flight games this term will be the man in black. He is known to be quite lenient with an average of 8 fouls before producing a card. This could suit the physical approach of Leyton Orient more so than the passing game of the Gunners.