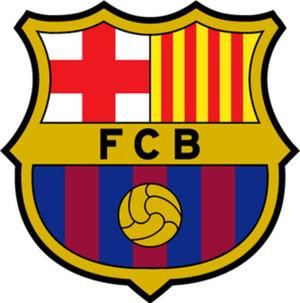 Arsenal step into the Nou Camp tonight defending a 2-1 lead and aiming to slay one of European football's giants and put themselves right in contention for a tilt at the Champions League trophy.

But despite the advantage, the Gunners will not be favourites to progress against a team containing the likes of David Villa, Leo Messi and the ever-reliable Xavi while Arsenal are missing the likes of Alex Song and have question marks over the fitness of skipper Cesc Fabregas and Robin Van Persie.

The Catalans will still be scratching their heads as to how they are 2-1 behind after creating so many chances but there is no better team on home soil than Barcelona. While coach Pep Guardiola has a bad back, it's Arsenal's own back-line which causes the most concern, especially with memories of a Messi mauling just under 12 months ago still fresh in their minds. Arsenal's 2-1 win at the Emirates three weeks ago was their first victory against the Catalan giants – Barcelona have recorded three wins in six meetings between the sides which included a 4-2 win at Wembley in the same competition in 1999.

And since the first meeting Barcelona have recorded four straight wins in La Liga, conceding just one goal, leaving them seven points clear of Real Madrid – a team who have not lost at home all season and are fresh from a 7-0 hammering of Malaga. In all Guardiola's men have won their last eight games at home meaning Arsenal will step into a fortress when they take to the field in Catalonia this evening.

Time to give up then? Erm not quite, Arsenal's record in the European competitions when they have won the first leg is staggering. They have progressed to the next round on 14 of the 15 occasions they have won the first encounter and many in the camp, Wenger included, will believe that it is Barcelona who have to make the running in this one. A draw or a win for the Gunners will see them progress while Barcelona have to triumph on the night to make it through.

Selection-wise Wenger will be without Song and long-term absentees Thomas Vermaelen and Fabianski while Van Persie, Fabregas and Wilshire are all carrying knocks. Guardiola has problems himself with Carlos Puyol and Gerard Pique absent through injury and suspension. The absentees are unlikely to affect the managers thinking and it would be surprising to see either change from the fluid 4-3-3/4-5-1 line ups they both crave.

For Arsenal a lot will rest on the young shoulders of Wojciech Szczesny who is sure to have a busy night while Abu Diaby is expected to take on the Song role of a screen in front of the back four to try and break-up Barca's rhythm before they unleash the devastating results. But the front three of Nasri, Arshavin and Van Persie/Bendtner also have a crucial role as Arsenal simply must take any chance that comes there way to ensure they keep the pressure on Barcelona. For the Catalans you need look no further for a key man than Lionel Messi, poor record in England but as last year showed, Leo the lion can be simply devastating among his own pride.

Referee Massimo Busacca will be the man in the middle tonight and Arsenal enjoy a mixed record with the Swiss offical. One win, one draw and one loss have occurred when Busacca is in charge – ironically the draw came in last season's Champions League against you guessed it, Barcelona!

Busacca has not shown a red card this season in the Champions League and I expect him to let the game flow and only issue cards if necessary.

Kick-off is hours away, for Arsenal and Arsene Wenger this is the ultimate test in a week of challenges, win and they can forget Birmingham City and the horrors of Wembley in the Carling Cup final, lose badly and the doubts will creep in again over whether the young lions are nothing more than nearly men.