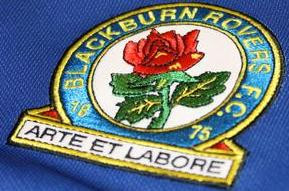 Arsenal’s hopes of recuperating their form in the Premier League by coming from behind to beat Aston Villa in the FA Cup were halted as Arsene Wenger’s men failed to achieve more than a goalless draw at Reebok Stadium against Bolton Wanderers. With only a single point from the last twelve possible in the league, Arsenal find themselves in seventh place before Blackburn visit the Emirates Stadium.

Wenger has come under scrutiny from Arsenal’s supporters lately after a lack of transfers combined with a trophy drought and a current seventh-placed team have seen many faithful lose patience with the weathered French manager. Some Arsenal fans are seeing this weekend’s home game against Blackburn Rovers as the ideal time to signal their discontent with the current board and backroom staff by putting black bin bags over the empty chairs around the stadium to emphasize the failing attendance.

To the other side of the fourth official this Saturday, Steve Kean – a man who faced similar actions from Blackburn’s supporters – has managed to start an uplift in his club’s form. However, Kean has lost the patience of his captain, Christopher Samba, after the Congolese defender saw his hopes of a January move away from the club blocked by his manager, and he effectively refuses to play against Arsenal.

Despite the current displeasure among Arsenal’s supporters, Arsenal have only lost two and drawn two matches at home this season and are facing a Blackburn side who have only won ones away from Ewood Park this season at the same time as they have failed to keep a single clean sheet; and the Arsenal faithful may well leave the stadium with smiles galore when the full-time whistle blows on Saturday.

Although Arsenal have lately been struggling with injuries to important players in defence – and at full-back in particular – Wenger will be pleased to see that Bacary Sagna excelled in the game against Bolton. With the added experience and flair on the right-hand side, Arsenal’s wingers can once more act a bit more relaxed regarding their defensive duties and rather focus on the attacking part of the game.

Among Arsenal’s wingers, Alex Oxlade-Chamberlain has played three quite promising matches on the trot and seems to be linking well with both the midfield and the other attackers to boost Wenger’s offensive options. Whereas Chamberlain has performed admirably, Arsenal will once more be seeking the service of a player whose form has failed to recover since the beginning of last season, namely Marouane Chamakh, who is available again after returning from the African Cup of Nations where he and Morocco encounter a troubled time.

With Christopher Samba refusing to play and his former defensive partner, Ryan Nelsen, having been released from the club, Kean will be looking to form a new defensive partnership against Arsenal and the in-form Robin van Persie. However, with only Goodwillie, Salgado and Grella on their injury-list, Blackburn have the benefit of picking from a squad of players who know each other well after partaking in their latest upheaval side-by-side.

As with Wenger, Kean feels the breath of both the fans and the board down his neck, and the Blackburn manager will do his utmost to tip Wenger’s men for the three points by using his injury-free squad as his primary aid.

Time to Repay the Fans

Arsenal’s recent form and a lack of spending power have left the club in serious danger for a top-four finish and consequently a Champions League place for the upcoming season. Therefore, it is crucial for Arsenal’s future, along with Wenger’s own, that Arsenal turns their efforts into goals and points to please frustrated supporters and to regain the lost ground to the competitors for the fourth place. However, Blackburn Rovers and Kean will be looking to get themselves out of the relegation zone, and it will surely be a battle which no party can afford to lose when the two teams clash on Saturday.