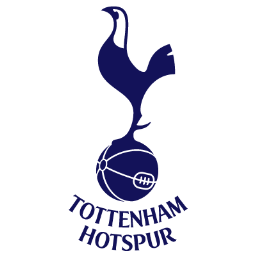 On the back of two devastating and demoralising defeats, Arsenal go into Sunday’s game against their North London rivals under huge amounts of pressure. Serious questions are being asked about the future of Arsenal, and Arsene, as well as several of our biggest players, and these questions will only get louder and louder if Arsenal suffer the ignominy of another defeat against Spurs.

I have been saying for years that the day Spurs finish above Arsenal, is the day that Wenger should respectfully, step aside. Even only two seasons ago, I could never see that happening. But as quickly as Redknapp has got Spurs playing some of the most attractive football in the country (and even the bitterest Gunner cannot secretly admire Spurs’ attacking flair), so have Arsenal taken a massive step backwards.

This trend is reflected in recent results against Spurs. Whereas Wenger lost only one game against Spurs in his first 14 seasons ( a 2-1 defeat in 1999), Arsenal have now only won once in the last seven league meetings, with their most recent victory being courtesy of a Van Persie inspired 3-0 drubbing in 2009.

Arsenal also come into this game in the unnatural position of being 10 points Spurs – in 28 of the 32 derbies since Wenger arrived, Arsenal have gone into this game above Spurs in the table.

Arsenal are likely to be in the rare position this Sunday in that they will be able to name two specialist full backs – Gibbs and Sagna – on the team sheet – providing Gibbs recovers from his latest knock. Unfortunately, Arsenal are missing Koscielny (my player of the season for Arsenal) and Mertesacker so Djourou will partner Thomas Vermaelen at the heart of defence, with either Squillaci (also carrying a minor injury) or Miquel on the substitutes bench as cover. Should Gibbs not recover in time, Nico Yennaris could make his full debut for Arsenal should Wenger decide to play Vermaelen at centre back.

In midfield, Aaron Ramsay is struggling to shake off the ankle injury he picked up in the defeat to Sunderland on Saturday so looks likely to miss the game – unfortunately for him, the injury also looks to set to rule him out of the Gary Speed memorial game on Wednesday. The midfield three will therefore likely feature Rosicky, Song and Arteta.

Wenger has options in attack with no fresh injury concerns. Chamakh was withdrawn at half time during the recent reserves game but I understand this was merely precautionary – he is expected to take his normal position on the substitutes bench. Wenger’s main choice is therefore whether to stick with Oxlade-Chamberlain or to recall Walcott.

Spurs are nursing a number of minor injuries to their key players – Modric, Adebayor, Assou-Ekotto and Van Der Vaart have all not trained fully this week but are expected to recover in time for the game. Tom Huddlestone (remember him) remains on the sidelines until at least August, with Arsenal old boy William Gallas not due back until March.

Taking their cue from AC Milan and Sunderland, Spurs will surely look to take the game to Arsenal, seeking to exploit our defensive vulnerability and recent confusions during set pieces, in particular.

The key players will therefore be our wide players, particularly Sagna and Walcott/Oxlade Chamberlain, and how they cope against Bale and Lennon will decide the outcome of this fixture.

I don’t wish to dwell too much on Bale’s qualities as he has garnered, and will continue to generate column inches for years to come. Needless to say however, he is one of the best left midfielders to emerge from Britain for 20 years and has the potential to become one of the world’s top players.

It is, for our sake, hugely important that Sagna is now fit. One of the best right backs in the league, his job will be vital Sunday.

The other key battle I want to highlight is Song’s role on Sunday, which will be to police Van Der Vaart’s influence on the game. Whilst I don’t personally, buy into the hype around Van Der Vaart, there is no doubt that he is talented.

He plays in the awkward ‘hole’ behind Adebayor and in front of Parker and Modric, effectively giving him license to roam, at will. Song will need to nullify his attacking instincts therefore to ensure that Van Der Vaart is not allowed to dominate proceedings. If Song has a good game, then there is a good chance that Adebayor will become isolated, and Song’s influence would allow Arteta and Rosicky to play well, and perhaps gain their own dominance on the match.

*It goes without saying that Van Persie is the key man for Arsenal!

Sunday’s referee is Mike Dean, who also refereed the game in November, issuing three yellow cards in the process. His most recent game involving Arsenal was the 2-0 defeat to Man Utd in January, where he issued seven yellow cards; his last spurs game was on 18th December against Sunderland (three yellow cards).

His most contentious issue in recent weeks was his failure to send off David Luiz in the fourth minute against Newcastle, when he, “by the letter of the law”, deserved to be shown a red card for a professional foul.

I would expect his role on Sunday’s game to be minimal – neither side is particularly aggressive or bad tempered.

#2 Jim Connell 2012-02-24 14:46
There seems to be a lot of talk about how this very important match will fare out.
If this Arsenal team performs like it has all season without any passion or comitment,then i fear for the future of a great manager and the rest of a really disasterous season .We should not let that shower of spurs beat us.Up the gunners forever .
#1 IndiGooner 2012-02-23 15:20
We can beat tiny tots on any given day but I fear this ref "Mike Dean". I bet we will get plenty of wrong decisions. Just for the record we have lost last 12 games he has been a ref to.
Refresh comments list