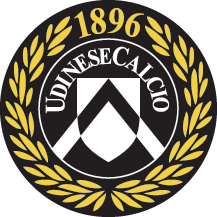 Just over a week ago many Gooners confidently predicted that, although Udinese would be tough, we would beat them over two legs. After a nervy first leg, Arsenal secured a 1-0 victory with an unfamiliar line-up. Udinese had some fantastic chances during the game and may feel aggrieved at not getting more out of the opening fixture in this tie. They shall certainly look to take advantage of home support at the Stadio Friuli to overturn Arsenal’s lead.

Going into the game, Arsenal will be see the return of captain Robin van Persie from suspension. The other player suspended from the first leg was Samir Nasri, but he has been left out to finalise a deal to Man City. Arsene Wenger is will be allowed to take his place in the dugout after UEFA agreed to delay a decision on a further touchline ban after last week’s controversy over Wenger communicating with the bench from the stands. Johan Djourou should be passed fit for this game after being withdrawn after 8 minutes last week due to injury, with Tomas Rosicky also expected to make a return. Laurent Koscielny and Jack Wilshere are unlikely to be fit for the game along with long-term absentees Abou Diaby, Kieran Gibbs and Craig Eastmond. Emmanuel Frimpong, Alex Song and Gervinho will all be available for selection despite being suspended for Premier League fixtures. Udinese will be without striker Antonio Floro Flores, defender Maurizio Domizzi and right-back Dusan Basta.

Udinese usually line up in a 3-5-2 formation, with Isla and Pablo Armero operating as wing-backs. The idea behind this formation is the ability of the wing-backs to spring rapid counter-attacks on the opposition, something Arsenal can be susceptible to themselves, as we saw in the first leg.

The added benefit of this formation for Udinese is that they can stay with two strikers up top. With the team ethic held by Udinese, the pressure from the strikers on our oft-fragile defence could prove extremely dangerous. However, in the first leg they matched Arsenal in a 4-5-1/4-3-3 with Pinzi pushed up to support the striker and Armero and Isla used as out-and-out wingers. Armero was particularly dangerous in this position.

For Arsenal, using width is key. It is important to try and get our wingers in behind the narrow Udinese defence. With the pace of Gervinho, Arshavin and Walcott, this will be our best option. It is important for van Persie look to make runs to the near-post to stretch the narrow Udinese defence (much like Theo did in the first leg). This will subsequently open gaps for midfield runners like Aaron Ramsey to penetrate. Defensively, it is important that our high-line is not exposed by the pace and movement of di Natale. Song must anchor the midfield and look to cut off the wingers forays at every opportunity. Our full-backs should be aware that when they make runs forward they do not leave the team overly-exposed.

The central midfield battle is the main concern, with Udinese fielding a powerful central three. The most influential of these will be Asamoah, but the likes of Agyemang and Doubai will also be snapping at the heels of Ramsey, Rosicky and Song. This is certainly the kind of game where a fit Abou Diaby would be a preferable option to the often flimsy Rosicky. It is important to move the ball quickly and decisively form midfield out wide, with Rosicky and Ramsey providing the range of passing needed to release our wide players. We saw in the first leg that Chamakh played almost as a ‘false’ centre-forward (a more unkind phrase may be ‘invisible’), allowing Walcott and Gervinho the space to come in from wide.

Given the nature of this second leg with it being so finely balanced, Wenger may opt for more defensive options in midfield and start with Song and Frimpong. Alternatively, he may be forced to play Song at centre-back if Djourou is not fit. Jekinson started at right-back against Liverpool with Sagna on the left and this situation is likely to continue.

Antonio Di Natale – Top-scorer in Serie A for 2 consecutive seasons, the 33-year-old striker scored 28 league goals last season. Overall, he scored 30 goals in 41 appearances for Udinese in 2010/11. He averages almost 19 goals a season for Udinese since signing for them in 2004. Note – he has only scored 7 goals in Europe since joining Udinese, but does have 10 goals in 36 appearances for Italy since making his debut in 2002.

Kwadwo Asamoah – Winner of the ‘Most Promising African’ player award in 2010, Asamoah is vital to this Udinese team. The midfielder is an all-rounder, capable of tackling, superb passing ability and strong off-the-ball. He has also made 22 appearances for Ghana. One criticism of the player is his lack of goals, but due to his energetic style of play he is often used in a more subdued role.

Samir Handanović – The experienced goalkeeper has been linked to Arsenal in the past (what goalkeeper hasn’t!), but is an important part of Udinese’s defence. He has made 121 apps for the club, as well as 51 apps for the Slovenian national team. Made an outstanding save to deny Theo Walcott in the first leg after a fluid Arsenal move.

Mauricio Isla – The Chilean seems to have been around for a long time, but is still only 23 years of age. Having signed for Udinese in 2007, Isla worked his way into the team quickly. He was greatly aided by his ability to play full-back on either side, as a winger, as a central midfielder and as an inside forward. He has played all of these positions for Udinese, but is most commonly played as a full-back, a position suited to his on-field characteristics. Well-known for his energy, pace and enthusiasm, Isla often instigates punishing counter-attacks from deep.

Olegário Benquerença will be refereeing the game. The Portuguese ref officiated in the World Cup Quarter-Final featuring Uruguay and Ghana. That match produced some highly controversial moments, including Luis Suarez handballing off the line. Asamoah Gyan missed the resulting penalty after Suarez was red-carded, leaving Uruguay to qualify for the Semis.

Prior to last season he refereed 10 matches involving English clubs with a record of 3 losses, 3 draws and 4 wins for the English sides. Last season he refereed Spurs 3-0 home win over Werder Bremen and Manchester United’s 2-1 victory over Chelsea at Old Trafford, both in the Champions League.

Olegário Benquerença has never officiated a match involving Arsenal. He has refereed over one game with Udinese, their 3-0 at home to Panathinaikos in 2005.

If we can squeeze out a result in Udine this week we can use that as a springboard to produce better results. Disappointing games versus Newcastle and Liverpool have overshadowed our 2 clean sheets in 3 games this season. With Manchester United to play on Sunday, it is important we avoid injuries in this game. Finally, we need to address the lack of discipline that has seen 3 of our players hit with red cards and suspensions.

The most important thing is to remember that the Champions League is no longer our God-given right. The players must respect the opposition and, for once, grind out a result.

+1 #9 John C 2011-08-24 12:37
Just to add, if Djourou doesn't make it Squillaci is also out. That leaves Wenger with the option to either drop Song back into defence or play Miquel in his Champions League debut.
+1 #8 squadrondavid 2011-08-24 11:57
well written article, cant even remember the last time i read something like this.
Though the loss of Cesc and nasri is definitely demoralising, the guys should remember they defeated this same team without them, they should go out there and turn things around for themselves, the fans and arsenal as a whole.
Am confident we will come out tops by God's mercy.
+2 #7 Aleksandar 2011-08-15 13:52
Good article John. Aleks, Serbia
-1 #6 Angela 2011-08-15 11:08
Well written! Especially the last part "Gone are the woes of the most painful transfer saga known to man, it is now time to concentrate on winning games, starting with Udinese at the Emirates Stadium on Tuesday." I hope the players can now concentrate and prove that all that negative media talk...is nothing but cheap talk!
-1 #5 John C 2011-08-11 16:33
Thanks for all the positive comments. Jimmy, I'm not so sure, depends largely on who plays in the first leg as a replacement for RVP. With Bendtner seemingly on his way out of the club, that appears to leave a worryingly out-of-form Chamakh as our only option, unless Walcott or Gervinho are tried through the middle. Given that teams are almost always more 'park-the-bus' at the Emirates, it may have been better to have RVP available for the home leg. Have to wait and see!
Anand - I believe Zapata is an excellent player, but Udinese have also got the highly-rated Mehdi Benatia whom is set to take over the mantle. As such, I don't believe they will be particularly poorly affected by Zapatas departure, at least not as much as the loss of Sanchez and Inler.
+1 #4 Anand S 2011-08-08 04:58
Great read! In addition to losing Inler and Sanchez they also lost a great defender in Christian Zapata... in my eyes, the most influential of the three outgoing players.
-1 #3 Jimmy 2011-08-08 03:24
Good article John. Do you think Arsenal are better off with the first leg at home, since RVP is banned?
+1 #2 AH 2011-08-06 17:53
Good article! Hopefully missing RVP and Nasri for the first leg isn't going to be a big deal!
#1 D. Mistry 2011-08-06 11:54
Well written article, Love it!!!
Refresh comments list