Well Arsenal did it. A thoroughly deserved 1-0 win against the baggies when in truth it could and should have been a lot more but hey, any Arsenal fan would have taken a 1-0 before the game. It was an assured defensive performance apart from the one lapse in concentration when Berahino was adjudged to be offside having been put clean through; replays suggested otherwise.

Something was different about the win on Saturday and it was Giroud who fascinated me. Arguably, the brand of football we all know arsenal are capable of producing was lost over the past month. Scrappy goals (apart from Alexis’ wonders) and football that wasn’t exactly neat on the eye. It surprised me how Giroud’s inclusion changed that.

Crisis. The word that even Le Professor doesn’t quite understand the meaning of; nevertheless, it’s been thrown about more times than our beloved Arsenal have let a lead slip. Are Arsenal really in crisis?

The last time Arsenal took to the field at The Hawthorns, they were flying high having totted up 16 points from seven games. This season is a whole different story.

The Role of Luck in Wenger's Arsenal Career

As the Arsenal Manager turns 65 today, now is as good an excuse as any to post the 10 times that luck has played the biggest part in the Frenchman’s Arsenal career.

1999 will forever be “United’s year”. Their treble immortalised, the luck forgotten. The narrative, however, could have been so very different. Arsene Wenger had won the double in his the previous season, and had the opportunity to repeat the feat for a second consecutive year. The title proved to be in Arsenal’s hands, and a 1-0 loss away at Leeds ensured Wenger retained neither trophy, and would have to wait another agonising three seasons before his next double.

14th April - the FA cup semi-final replay. A deflected shot from Bergkamp finds the back of the net, cancelling out David Beckham’s spectacular first half effort. The momentum of the game certainly looks to be moving back towards the holders. Within 3 minutes, Arsenal score again. The players and crowd merge into one ecstatic entity as 20 year old wonderkid, Nicolas Anelka, rounds Schmeichel and puts the Gunners in the lead for the first time. The linesman, however, was having none of it. Offside. No Goal.

Succession planning at Arsenal is now evidently none existent

The purchase of Welbeck and failure to acquire the types of players Wenger now claims to recognise we need is a dereliction of responsibility.

Fans, commentators and every one with an opinion has years commented on Arsenal's deficiencies yet the club's recruitment policy has become an opportunistic stab in the dark with the club unable to secure the quality players needed.

After 3 years as a senior Manchester United striker Danny Welbeck was discarded with less respect than Nicklas Bendtner exited the English game. 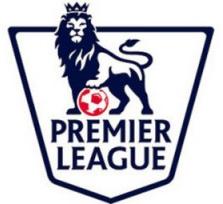 It has been an unenthusiastic start to the season for the Gunners. Wenger’s men have yet to light up the League like many were expecting, a win against City would surely light a spark for the season.

An unconvincing win against Palace and two edgy draws against Everton and Leicester, have left us needing to get a result against City. The addition of Welbeck is something I’m personally excited for, especially after his midweek performances for England.

It may be a tough month for the Arsenal, and not one that may kick start our season. With important games against Dortmund in the Champions League and a tricky League Cup game against the Saints could make this month a challenge for the Gunners.